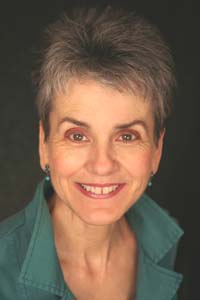 Frances Moore Lappé is the author or coauthor of sixteen books. Her 1971 three- million-copy bestseller, Diet for a Small Planet, continues to awaken readers to the human-made causes of hunger and the power of our everyday choices to create the world we want.

Together, Lappé and her daughter Anna Lappé lead the Cambridge-based Small Planet Institute, a collaborative network for research and popular education to bring democracy to life. With her daughter, she is also co-founder of the Small Planet Fund, channeling resources to democratic social movements worldwide. In September of 2007, the Institute’s publishing arm released Lappé’s newest book, Getting a Grip: Clarity, Creativity, & Courage in a World Gone Mad.

In 1975, with Joseph Collins, Lappé launched the California-based Institute for Food and Development Policy (Food First). Its publications continue to shape the international debate on the root causes of hunger and poverty. The Institute was described by The New York Times as one of the nation’s “most respected food think tanks.”

In 1990, Lappé co-founded the Center for Living Democracy, a ten-year initiative to help accelerate the spread of democratic innovations. Lappé served as founding editor of the Center’s American News Service, which placed solutions-oriented news stories in almost 300 newspapers nationwide.

In 2006, Lappé released Democracy’s Edge: Choosing to Save our Country by Bringing Democracy toLife (Wiley/Jossey-Bass). The book, which seeks to ignite debate about the very meaning of democracy, is now being used in many college and university courses.  Lappé’s articles and opinion pieces have appeared in publications as diverse as the New YorkTimes, O Magazine, and Christian Century. Her television and radio appearances have included a PBS special with Bill Moyers, the Today Show, CBS Radio, and National Public Radio.

Lappé is a sought-after public speaker and has received seventeen honorary doctorates from distinguished institutions. In 1987 in Sweden, Lappé became the fourth American to receive the Right Livelihood Award, sometimes called the “Alternative Nobel,” for her “vision and work healing our planet and uplifting humanity.” Frances’ most recent honor was an award for “Lifetime Service to Increase Planetary Awareness,” granted to her and to biologist E.O. Wilson, at the AltWheels Alternative Transportation Festival, 2006.

Historian Howard Zinn writes: “A small number of people in every generation are forerunners, in thought, action, spirit, who swerve past the barriers of green and power to hold a torch high for the rest of us. Lappé is one of those.” The Washington Post says: “Some of the twentieth century’s most vibrant activist thinkers have been American women – Margaret Mead, Jeanette Rankin, Barbara Ward, Dorothy Day – who took it upon themselves to pump life into basic truths. Frances Moore Lappé is among them.”

She is a contributing editor to Yes! Magazine, a founding councilor of the World Future Council, a member of the International Commission on the Future of Food and Agriculture, and serves on the National Advisory Council of the Union of Concerned Scientists.